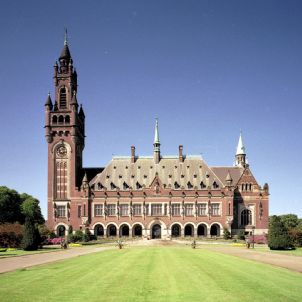 Hague Peace Palace, seat of the International Court of Justice

Although the ICJ for example does not treat prior decisions as precedent in the same manner as a domestic common law court, it does attempt to maintain consistency within its decisions via this means.